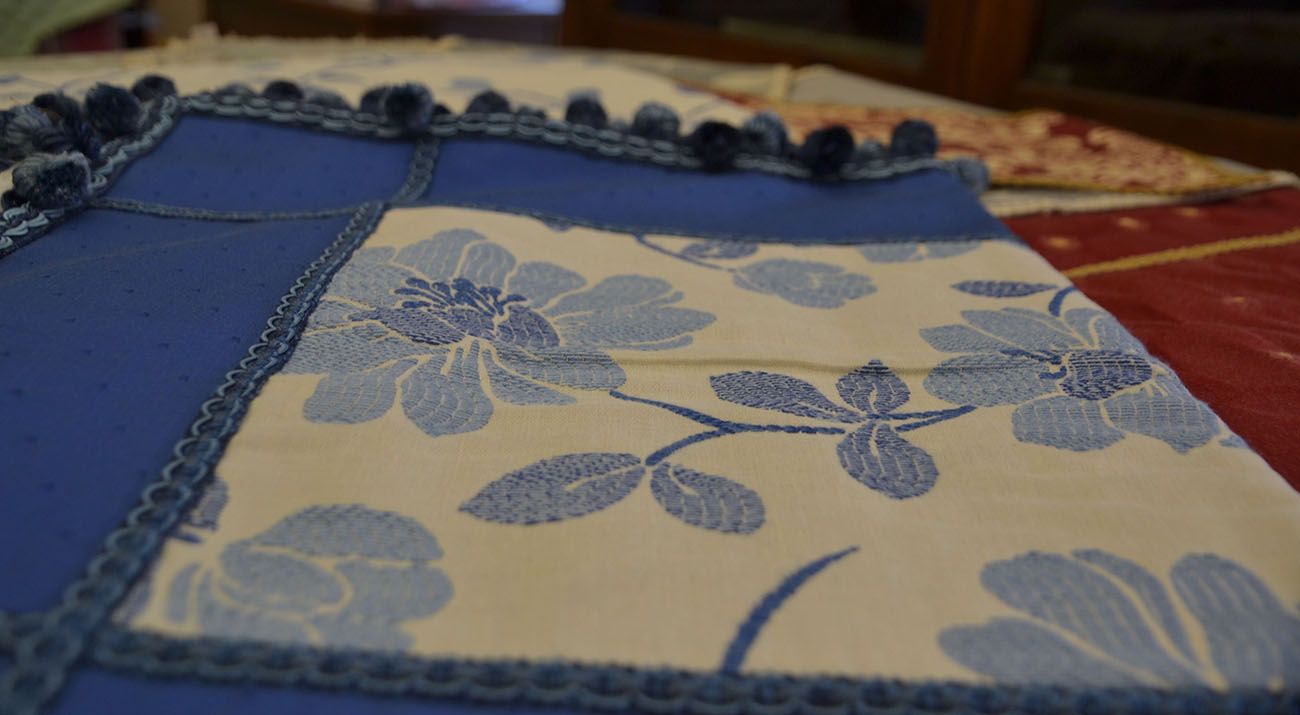 in Blog
by Marco Cestari
12
0 Comments

There’s a color we love to remind of as it’s helpful to grasp the most subtle aspect of life, that is blue. It is certain that the history of colors has its roots at the dawn of time and blue remains the one most wrapped in the arcane charm of a story to be revealed. With this spirit, here at the Antico Opificio Serico we love to search for some of its most refined chromatic expressions, taken from the Ford, or from those leaves from which the hue of indigo is drawn, or from that hard semi-precious stone that finds its home in Afganisthan .

Certainly the shades of blue have incredibly subtle shades that can totally change the perception of an environment or an object with respect to the light that surrounds it.

In history, the blue color has had alternating vicissitudes and its path is curious: born from the encounter between light and matter, it gradually entered our life until it became the most loved and used color both in art and in objects for daily use. The Egyptians considered it the color of the gods, while the Greeks and Romans did not like it at all.

If we then enter the discipline of the etymology of colors, we discover that the word blue derives from the ancient Germanic blau and that the blue comes from the Persian lazhward, the original name of the lapis lazuli. As well as turquoise and turquoise refer to Turkey, a country where the stone was widespread. Indigo comes from India, the celestial from the Latin coelum, heaven.

Starting from the ancient Greeks until the Renaissance, the raw materials used to produce the blue color were of natural origin, both in the case of painting and for dyeing fabrics and fabrics. There were two minerals used: lapis lazuli and azurite, which were pulverized and mixed with oils or dissolved in water. In the world of textiles, however, the distillate of two shrubs was increasingly used: indigofera (from the Indies, Africa and the Americas) or the ford, which grew in northern Europe.

From the 13th century, starting with France, a thriving production activity for indigo began, becoming in great demand throughout Europe to such an extent that in the 19th century it began to be artificially produced in Germany. The climax of the color was in the 1700s, when an artificial pigment, Prussian blue, was invented.

Over the past 100 years, blue has become the favorite color of over 50% of Europeans, it is particularly used in communication and it has been found that its combination with products such as sleeping pills, or cleaning becomes a fundamental color for recognition from the market.

According to Luescher’s theory of colors, those who give preference to blue express the need for quiet and emotional serenity, or are calm by nature, selfless, at peace with themselves and with the world. Blue is a color that encompasses waiting, magic, mystery. It opens us up to more mystical dimensions, such as its use in Islamic art.

However, one of the most fascinating things about blue remains the sky. In theory it should be white but it is not and the reason was discovered 150 years ago by the Irish physicist John Tyndall: the sky is blue because the sunlight, which is white, in contact with the Earth’s atmosphere, divides and the blue rays, which have a shorter wavelength than the others, spread in all directions.

Thus, we find blue in the deepest dimensions: sky and sea, causing the intuition of a natural “infinite” given by color. Something that characterized Yves Klein’s entire research, which opened up new perspectives on this color, thus offering the Antico Serificio Serico the opportunity to identify new ways of observing and using color.

The choice of blue is made of shades.